Travelling through Many Tongues 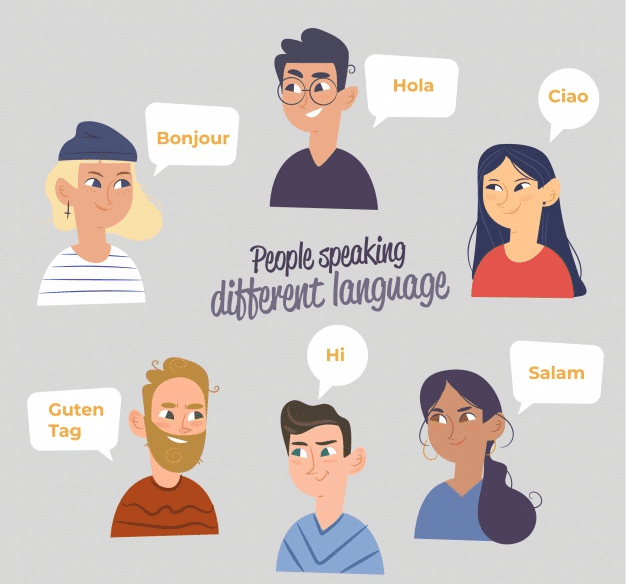 My journey in language acquisition started in the heart of Southeast Asia – on Indonesia’s Sumatra Island. Born in a town at the island’s northern tip, I’m a third-generation Southeast Asian whose great grandparents had left southern China at the turn of the last century, braving the rough South China Sea to seek greener pastures in Indonesia. The vast majority of immigrants on northern Sumatra had been Hakkas – an ancient people who had left the Central Plains in northern China more than a millennium ago to escape wars and famine, settling down in the remote hills of southern China. A final wave of migration propelled the Hakkas to diverse corners of the globe including Southeast Asia, South Asia and the Caribbean and African island nations.

Naturally, I grew up speaking Hakka which was the townsfolk’s native tongue. I concurrently acquired Bahasa Indonesia, the language we must learn at school. Throughout their history, the Hakkas have had to, by necessity, adapt by picking up the language of their adopted homeland wherever they settled. It’s thus hardly surprising that most Hakkas speak more than one language. In my family, everyone speaks at least three languages. Mandarin and English were added to my repertoire later in my childhood when my practical parents foresaw the imminent tide of globalisation. Whereas I learnt English through formal lessons (no one in my hometown spoke the language), I acquired Mandarin from my parents (the language couldn’t be taught at school). They soon switched from Hakka to Mandarin when speaking to me and taught me to write Chinese characters.

My language odyssey didn’t end with Mandarin. I discovered Javanese later when I spent several years studying in Jakarta. I picked up this language through my daily interaction with the Javanese employees at my uncle’s business. Cantonese was added later to my linguistic compartment when I moved to Singapore. It wasn’t such a hard language to understand as it bears similarities to Hakka in terms of expressions, pronunciation and tones. I was then already able to speak much Hokkien as it is the lingua franca of the community near my birthplace. My final two attempts are Japanese and Spanish, which I saw as alternatives to English in connecting with important international business communities.

Looking at my language journey, I learnt valuable lessons about language learning. First, it’s clear that it’s always easier to absorb a new language as a child than an adult. I didn’t recall language learning in my childhood to be tedious as acquiring the words and pronunciation was almost unconscious; I didn’t recall having self-consciousness or anxiety about making mistakes as I was just too eager to use my new-found words; And I didn’t recall having problems with remembering words. The psycholinguists are perhaps right to say that a child’s mind is a tabula rasa – a clean slate with no pre-conceived ideas that interrupt language acquisition but with plenty of space for language absorption.

Secondly, a constant exposure to and use of the new language in social settings helps to accelerate its learning. This is illustrated in my learning of Javanese, the language I acquired much later in my childhood compared to the other languages. I didn’t have much struggle as I heard and used it almost daily during my schooling years in Jakarta.
My takeaway from these experiences is that language learning should start early in life if possible, capitalising on our wonderfully spacious and absorptive cognitive mechanism and childlike attitude to learning. A language acquired in childhood can be produced spontaneously without the need to first think in another language. There’s nothing to lose but everything to gain in learning a language as a child.
By contrast, when I learnt Japanese and Spanish later on in my adult life, not only did I find it challenging to remember the words and apply the grammar, I often also had to pause and think in English first before producing a sentence in the former. The process is no longer automatic as during my childhood. It didn’t help that there was little exposure to these languages in my social environment. As a result, the process became more painstaking as I had to make conscious effort in finding opportunities to use it such as through travel or by watching movies and listening to music.

The implication of the above for adult language learning is that constant language exposure and use is key to language acquisition. This will compensate for the childlike absorptive capacity which we lack now. Adult learners need to actively find meaningful and creative ways to reinforce language information. For example, when I teach my Portuguese-speaking Brazilian student English, I take the opportunity to practice my Spanish by using it to explain English words and grammar to her as Spanish and Portuguese are quite mutually intelligible.
Adult language learners shouldn’t feel discouraged because they aren’t learning a new language quickly. They can make up for what they lack with diligence and resourcefulness. Most will gradually become fluent in the new language through constant speaking and listening as in the case of people who work and study in a foreign country. Language acquisition is as much talent as it is hard work. Fluency doesn’t come from flair alone; it needs to be achieved through persistence too.