Bahasa Indonesia – A Key to History 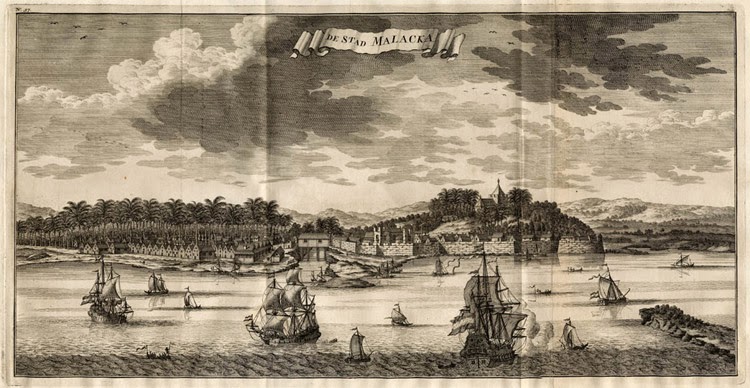 Over tea with my Brazillian student and her husband the other day, my linguistically inquisitive ears picked up a couple of words that unmistakably sounded Indonesian as she intermittently reverted to mini dialogues in Portuguese with her husband. As far as I knew, none of them speaks Indonesian, so, curious, I asked why they were using Indonesian words. To my surprise, and theirs, the words I heard – “queijo” and “manteiga” (Portuguese for “cheese” and “butter” respectively) have exactly the same pronunciation as ”keju” and “mentega”, two Indonesian words referring to cheese and butter too! So integral are these words to everyday Indonesian life that it never once occurred to me they could have a foreign origin, not least Portuguese as the Dutch had been in Indonesia very much longer. If these were foreign words at all, then it seemed more probable they had Dutch roots, I thought.

Curiosity is the mother of investigation. I lost no time in doing my research. As it turned out, “keju” and “mentega” have no link to Dutch as Dutch words for cheese and butter are “kaas” and “boter”. In fact, no other European languages except Portuguese have these renditions of cheese and butter. It’s also highly unlikely that these are Indonesian words that have entered the Portuguese language as cheese and butter were products introduced to Indonesia by Europeans). My online dig led me to other interesting but little known facts linking the history of Indonesia and Portugal.

Again to my surprise, the Portuguese were the first Europeans to step foot on the Indonesian soil, not the Dutch as common history lessons would teach. The Portuguese presence in Nusantara (the Indonesian Archipelago) was apparently long enough to leave a lasting imprint on the Indonesian language and even culture as evidenced in the popular keroncong music which is sung with the accompaniment of ukulele-like instruments from Portugal. Subsequently I discovered many more Indonesian words with direct attribution to Portuguese. Among these are “jendela” (window), “sepatu” (shoes), “gereja” (church), “natal” (Christmas), “almari” (cupboard), “bendera” (flag). Ordinary linguistic nuggets like these shed much light on a past that linked Portuguese and Indonesian societies. They are almost like a lens that gives us glimpses into lives from a long gone era.

Mundane words like “jendela” “keju”, “sepatu”, among others, might trigger deeper questions. For example, why Indonesians chose the Portuguese words over Dutch albeit the much longer presence of the latter? Was the Portuguese presence more constructive than the Dutch? Were the Portuguese more willing to immerse and integrate into the Indonesian society? Why did they leave in a haste? One is also inevitably curious to know if there are direct descendants of the Portuguese living in Indonesia today. Similarly, everyday religion-related Indonesian words like “gereja”, “natal”, “paskah” (for Easter) and “minggu” (from the word “domingo” meaning Sunday), which are Portuguese rather than Dutch or English, seem to suggest that there’s more to the Portuguese foray into Indonesia than we know it.

If the adage “language is the key to history” holds any water, then the Indonesian language certainly holds many clues to understanding its past and that of its occupiers. It is a bridge that connects modern Indonesians and non-Indonesians to bygone eras, not just a door to the present.